This woodland preservation area is home to mountain gorillas, elephants, chimpanzees and other monkey species as well as various small antelopes. In Uganda, the endangered mountain gorillas are also protected in the Mgahinga Gorilla National Park.

The Kibale National Park has its name from the Kibale Forest. This forest features a unique biodiversity and population of primates, including more than 1000 chimpanzees. Some of them can be observed by visitors. The black-and-white colobus and the red colobus live here as well as the forest elephant. The Kibale Forest used to be endangered by deforestation and settlements, and is now an attraction pole for tourists.

This national park in the northwest of the country comprises the largest single preservation area of Uganda. The grassland is populated by lions, African buffaloes, elephants, Uganda kobs (an antelope species common in Uganda) and as a special feature, the rare Uganda giraffe (also: Rothschild giraffe). The park is named after the Murchison waterfalls: Here, the Nile impressively plunges over a step. In and along the river, you can find Nile crocodiles (also living on the animals which became victims of the waterfall), hippos and many birds.

The Queen Elizabeth National Park is situated in the south of Uganda at Lake Edward and Lake George. The Mweya Lodge at the Kazinga Channel is famous as an observation point especially for hippos and pelicans, but also various kingfishers, the African Fish Eagle, Goliath Heron, Defassa waterbuck, African buffaloes, elephants, lions and banded mongoose. Acacia and candelabra trees are typical for the flora. In the Maramagambo forest, you can find different monkey species and giant forest hogs, and in the south of the park, crowned cranes (Uganda’s heraldic animal) as well as topis. The lions living here like climbing on trees. The crater area is also interesting with beautiful grassland.

The Ruwenzori Mountains represent an important biodiverse habitat. Due to the hot and humid climate, a unique nature has developed not only in the lower regions of the mountains, where countless plant species are growing. Many of them are particularly grand – they mostly grow bigger than anywhere else. The ground is also richly covered by plants. The forest line is situated quite high, between 3,700 and 4,000 m. Moss, fern, bamboo, Erica plants large as trees, Tussock grasses, lobelia species such as Lobelia wollastinii grow at the mountain flanks, in the swamps, along the streams, rivers and lakes of Ruwenzori.

The mountain world is home to thousands of animal species, some of which live all the way up in the summit area. North of Lake Eduard, along the southern foothills of the Ruwenzori Mountains, the Okapi was seen for the first time at the end of the 19th century. Other animal species are the African elephant, the reedbuck, bushbuck, kob, vervet monkey, giant forest hog, chimpanzee, colobus monkey (guereza), sunbird, African buffalo and leopard.

The main attractions of this park are the mountain gorillas, which are also protected in the Bwindi National Park. The Mgahinga Gorilla National Park comprises the Uganda part of the Virunga Volcanoes. They are nine free-standing, wooded and active volcanoes situated at the border triangle of Uganda, Rwanda and the Democratic Republic of the Congo.

The Mount Elgon National Park is situated close to the Kenya border near Mbale. Mount Elgon (4321 m above sea level) is located right in the border area. Some of this former volcano’s peaks are in Kenya where elephants come from, enter a cave and eat salty soil in the dark. A mosaic of grassland, swamps and mountain rain forest forms the nature of this landscape.

In the far northeast of Uganda, you can find the rarely visited Kidepo Valley National Park. It’s a dry savannah and home to animals which can’t or can hardly be discovered elsewhere in Uganda. The Great Kudu and the cheetah are common inhabitants, while herds of elephants and African buffaloes come to the park looking for temporary water places.

This savannah landscape features beautiful acacia trees and lakes surrounded by swamps. The swamplands are known as the home of many birds. In the savannah, you can find zebras, warthogs, African Buffaloes, impalas and many other grassland species, including Uganda’s last population of elands, the largest antelope species. The proximity to the capital Kampala is another advantage for some observers. 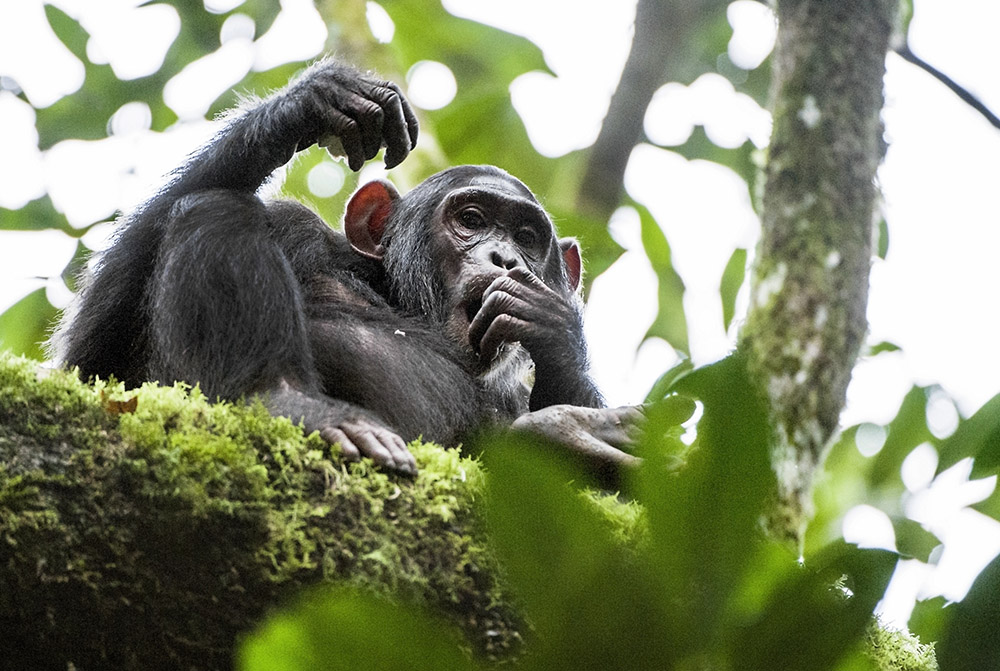 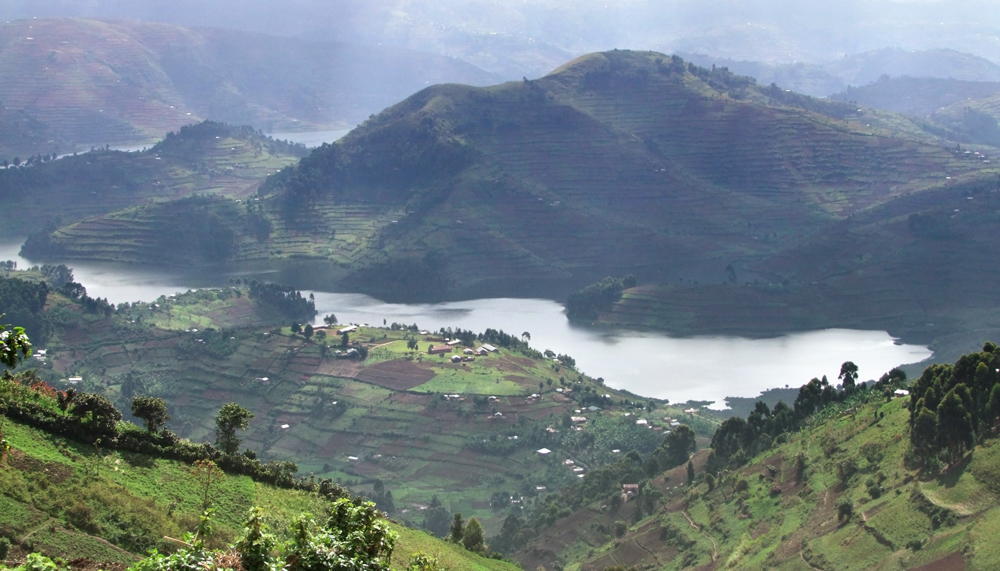 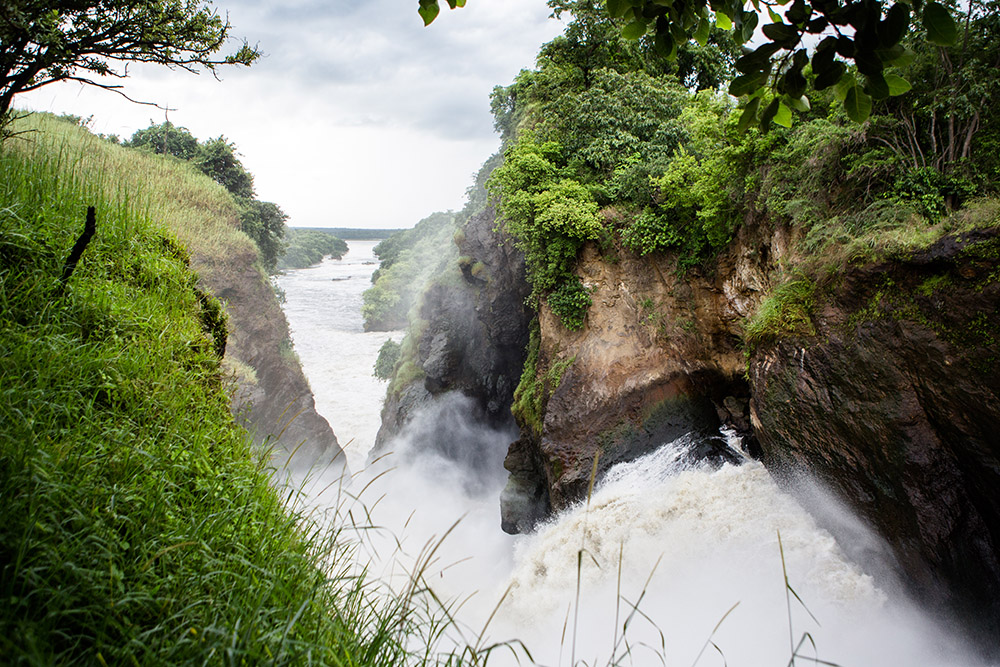 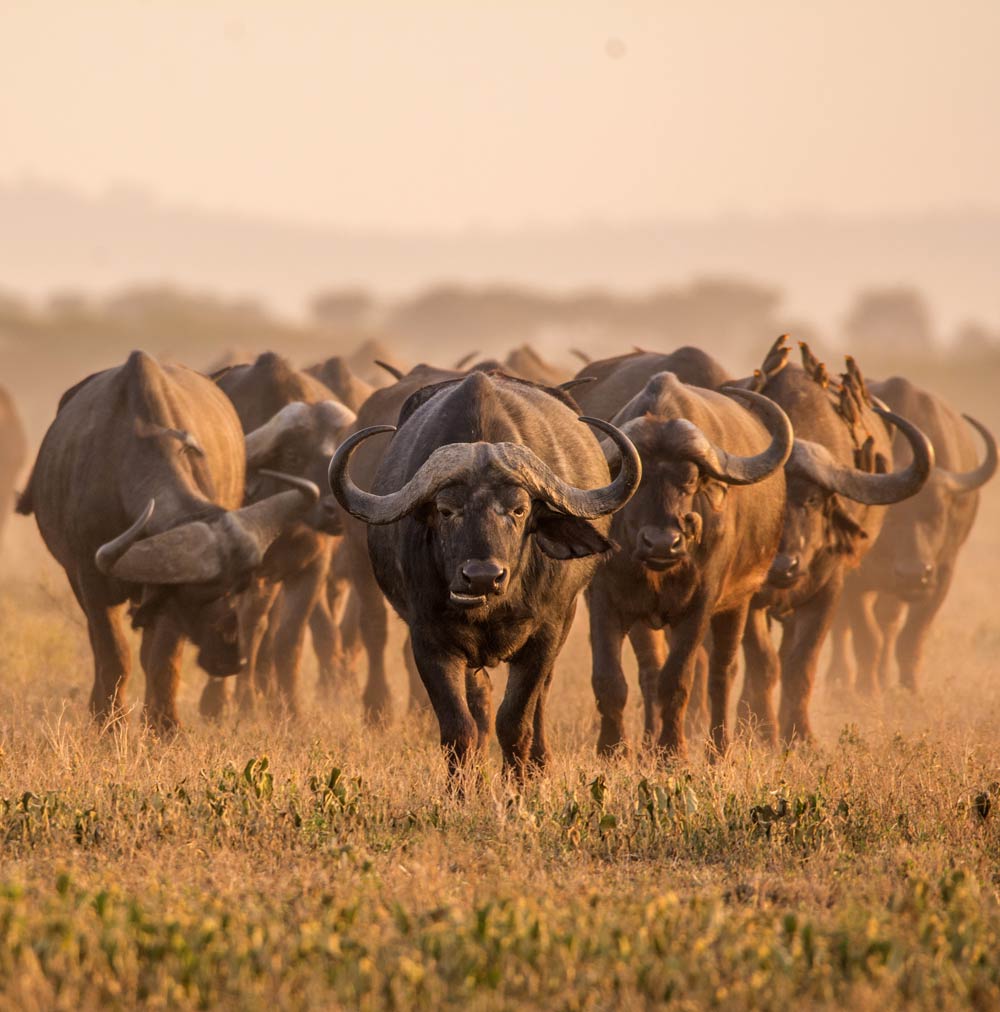 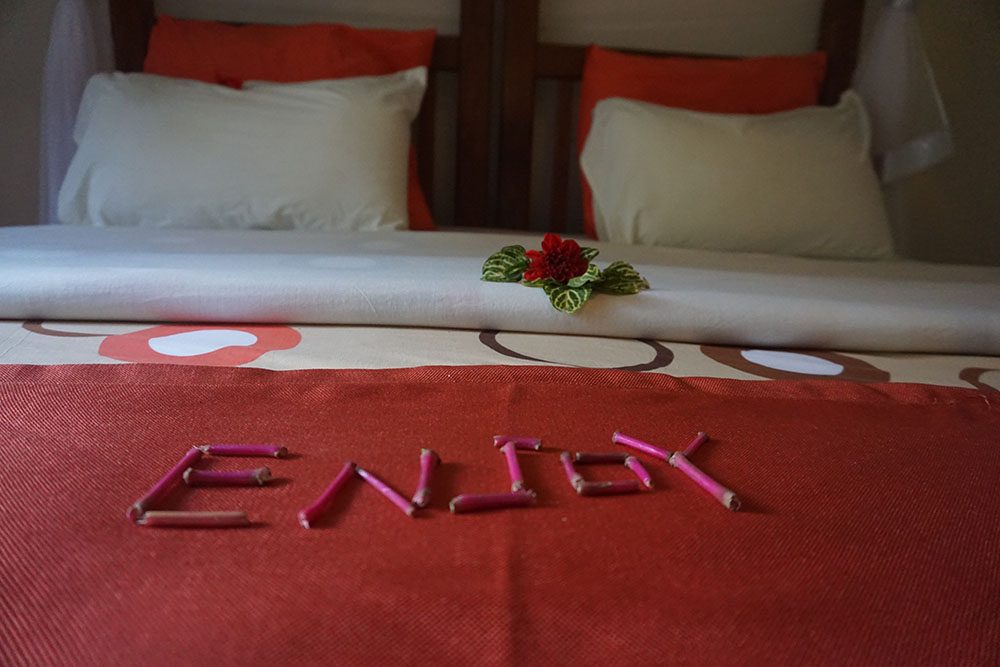 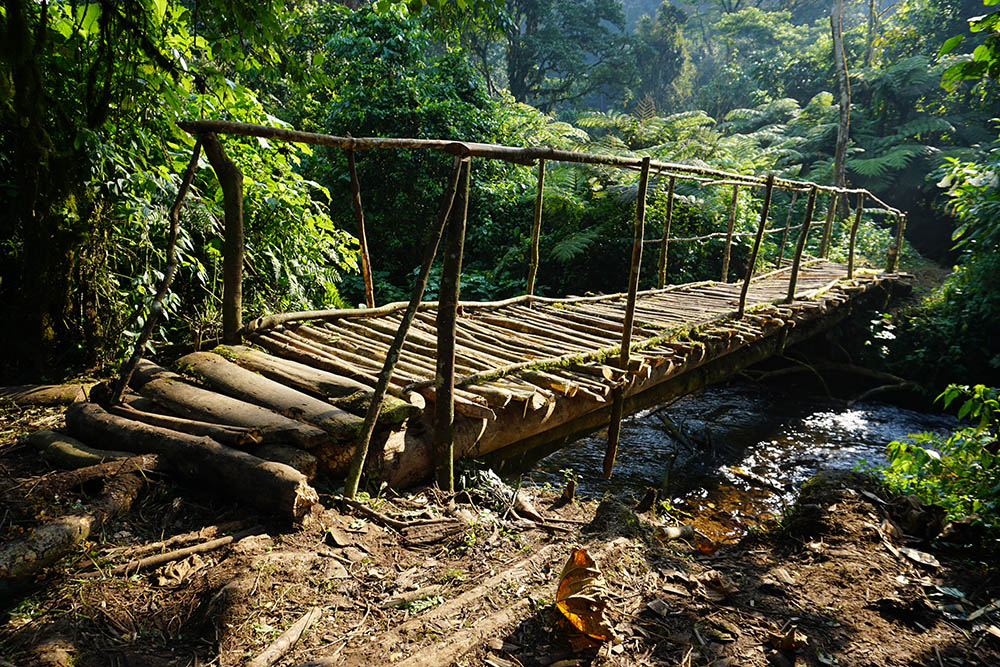 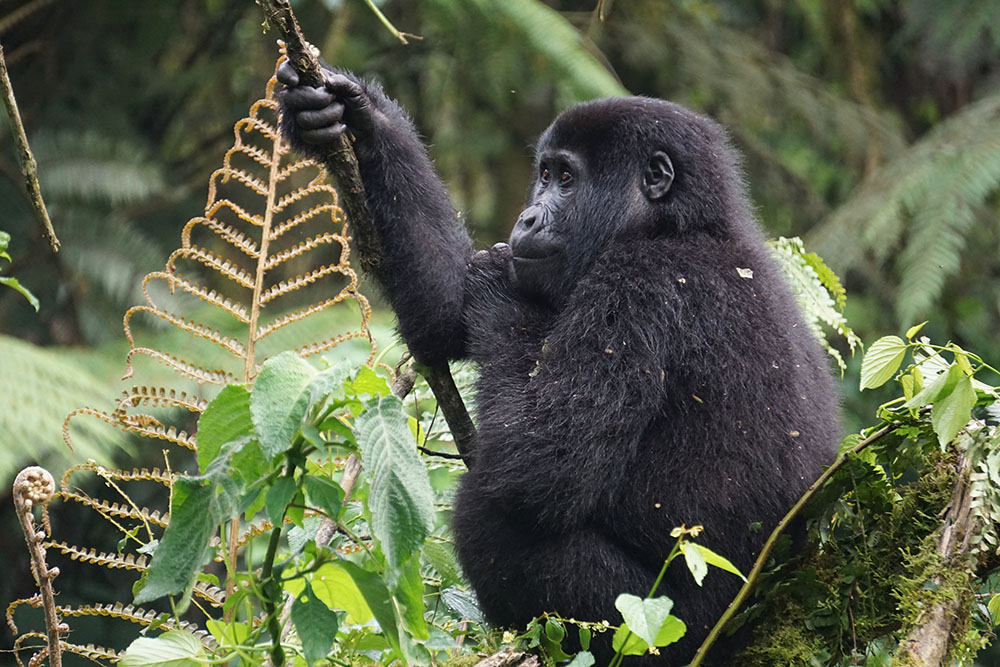 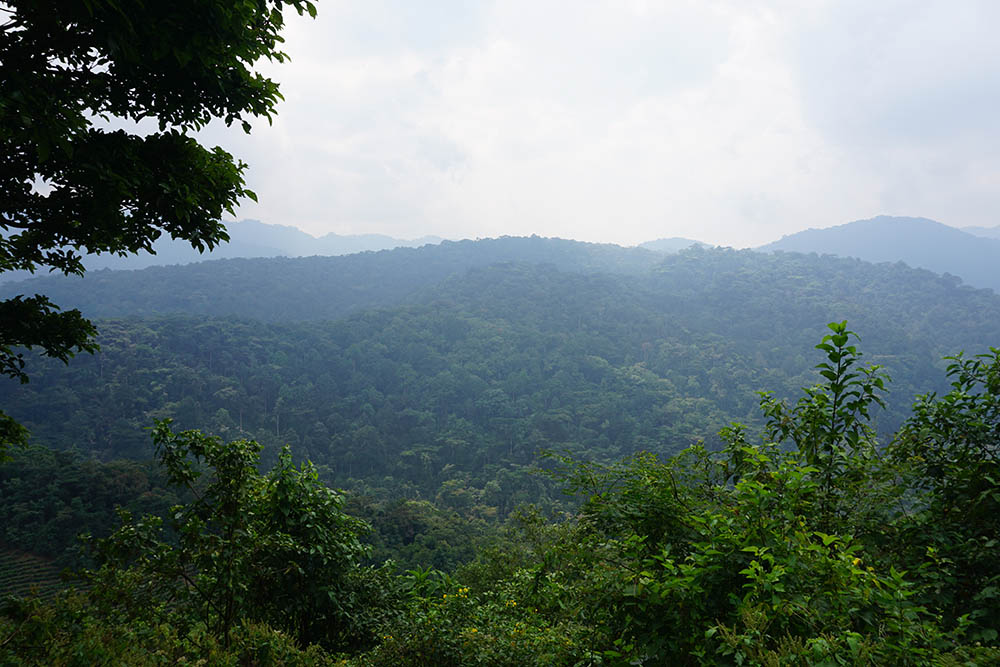 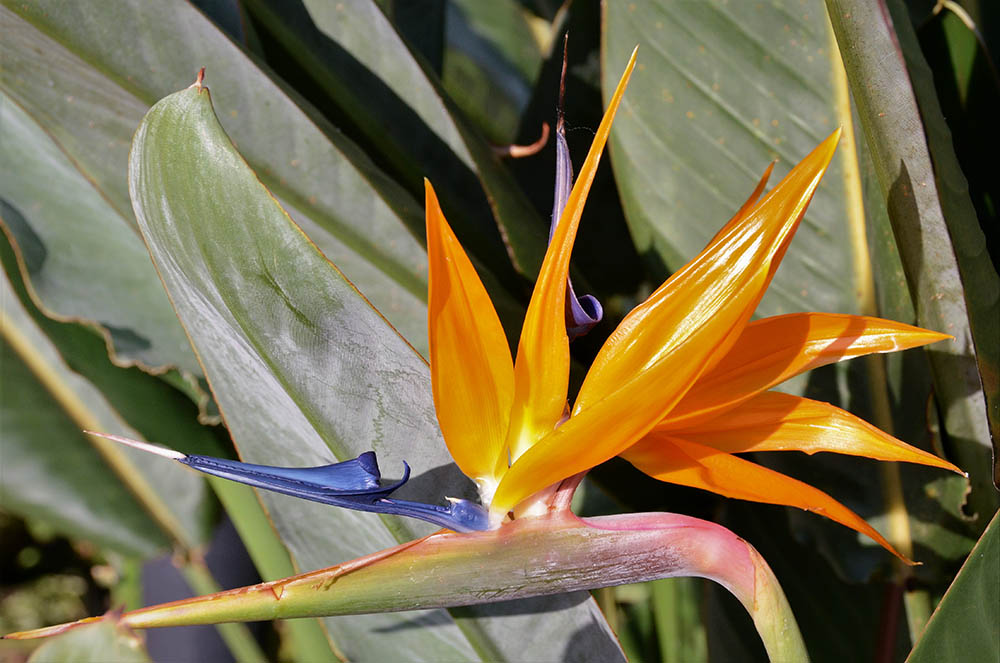 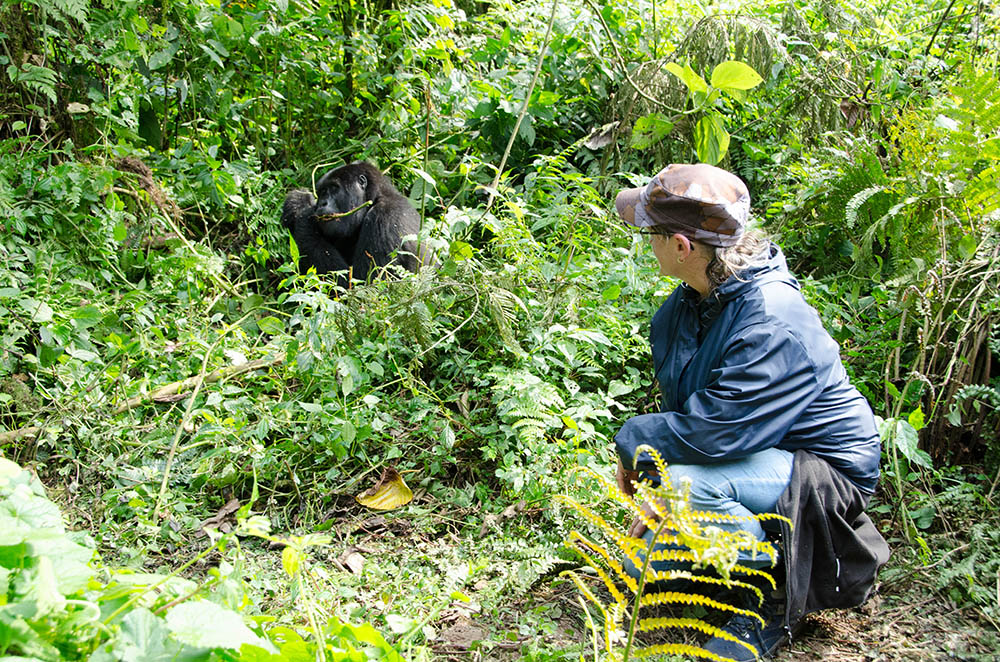 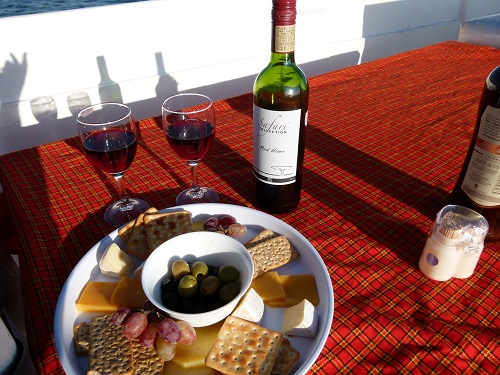 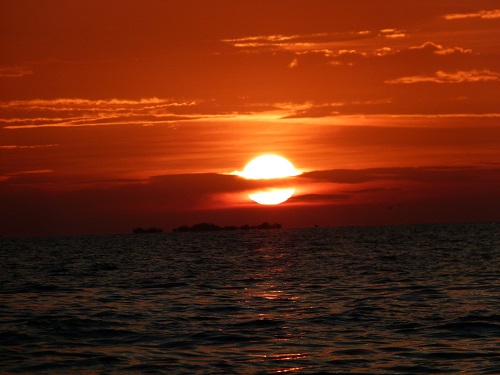 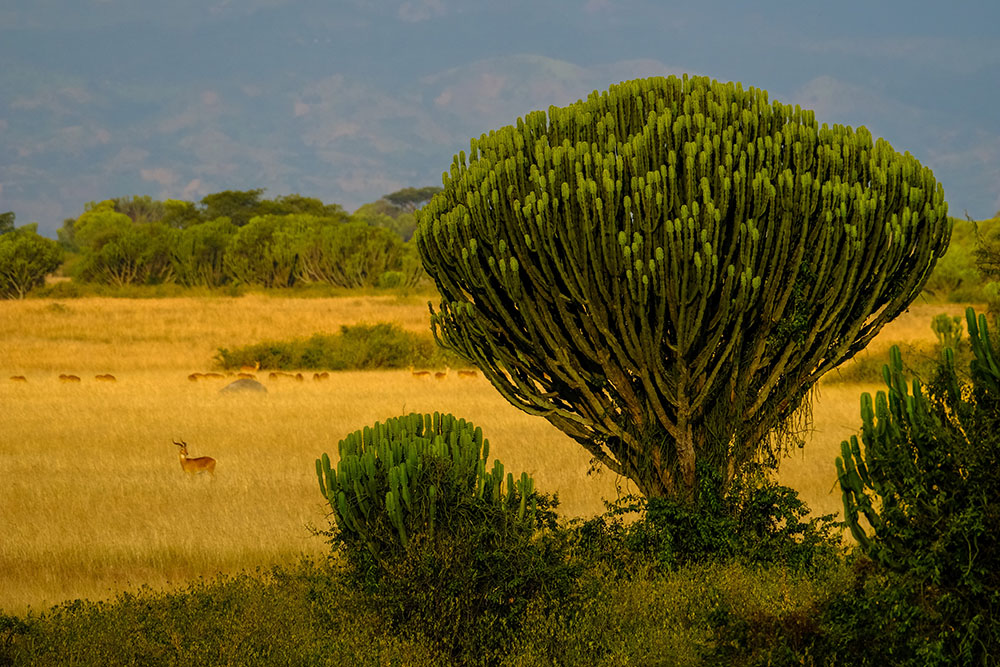 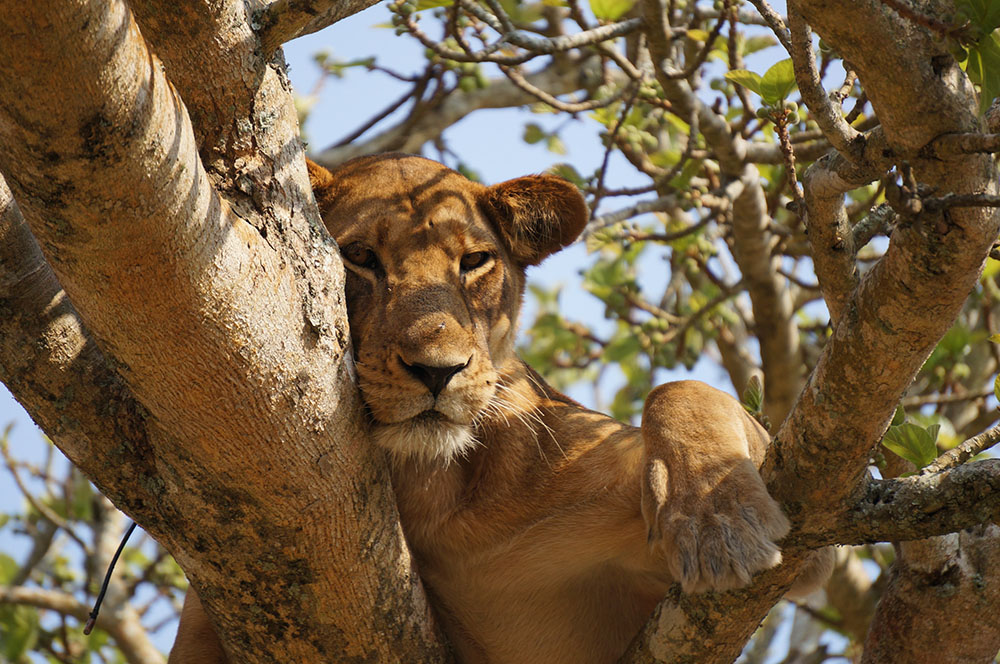 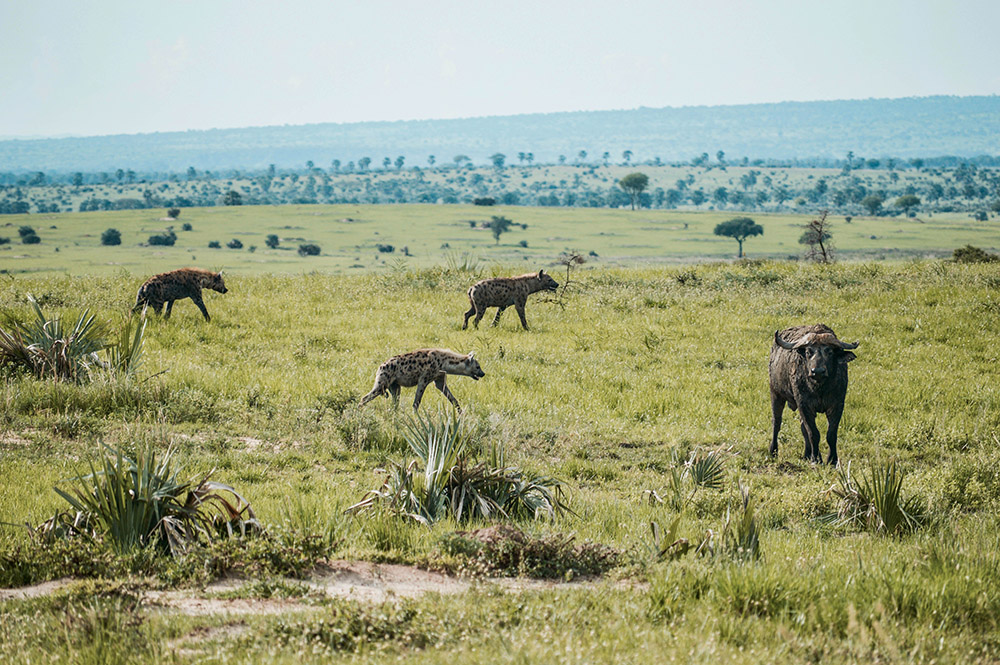 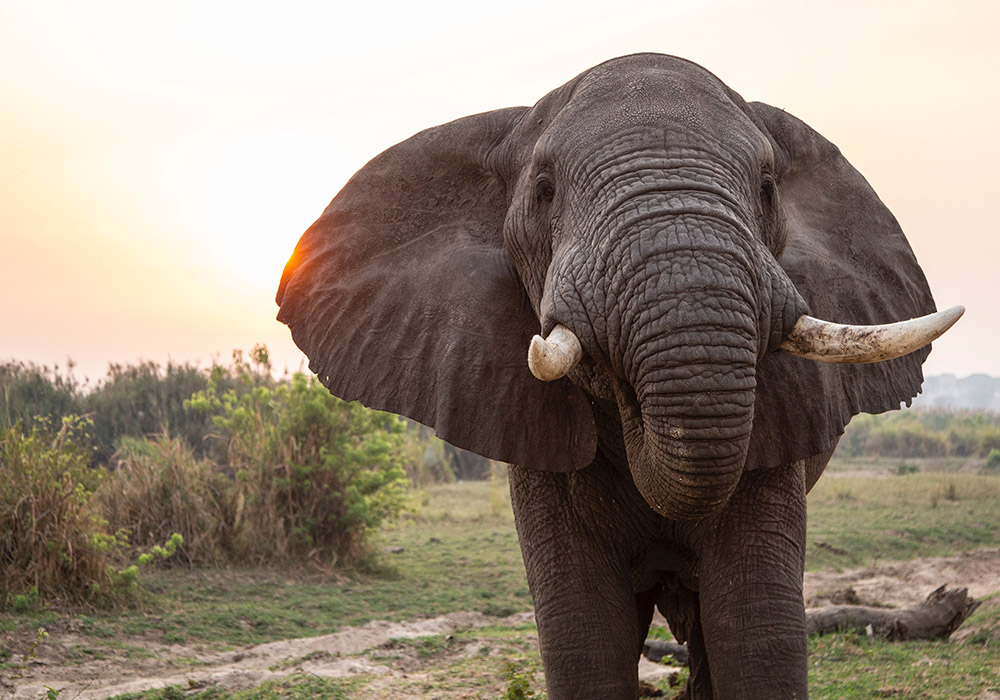 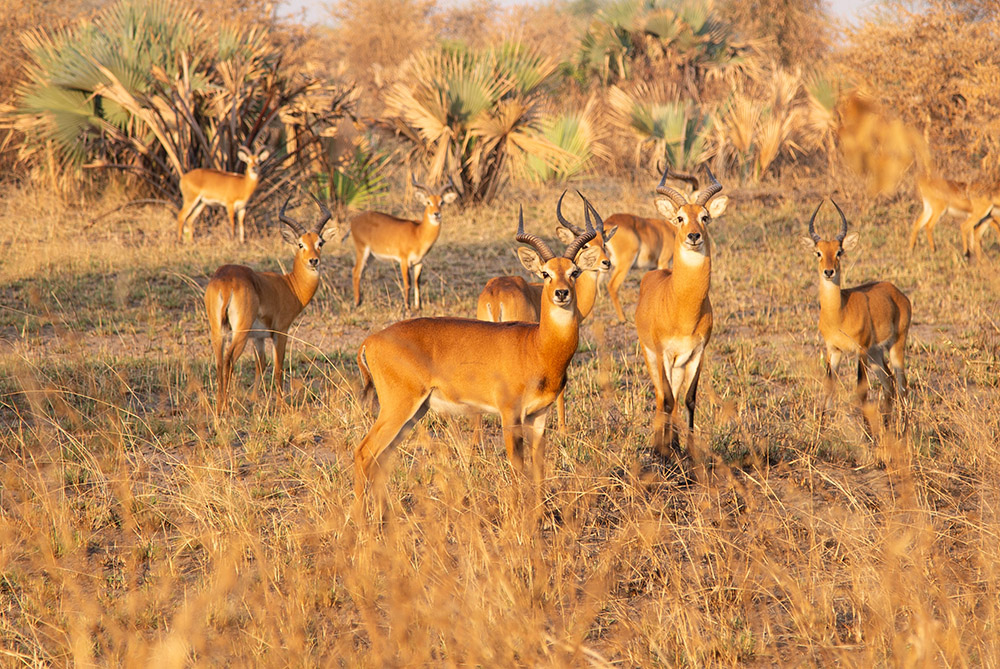 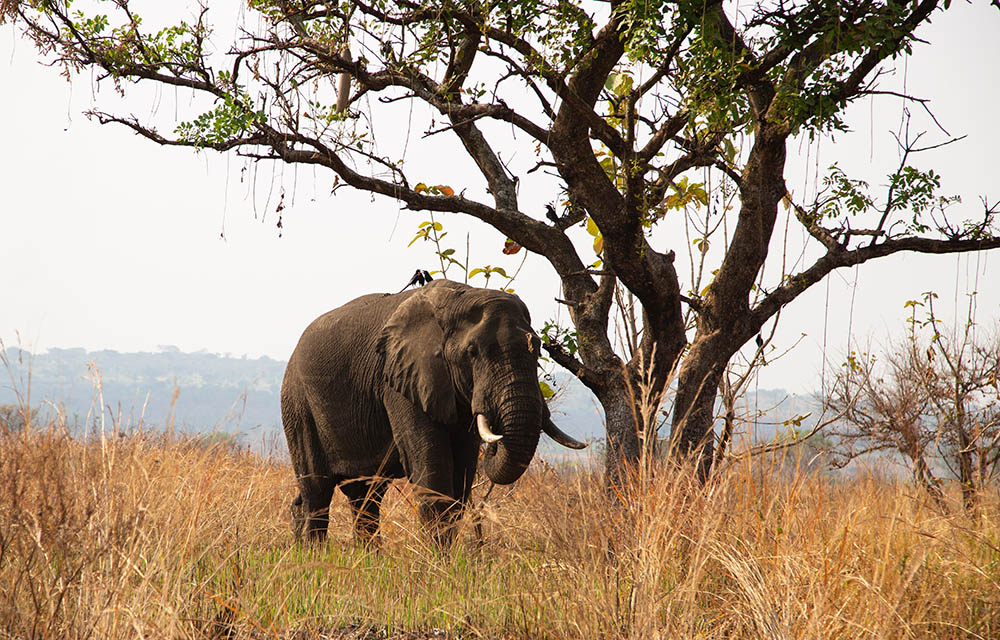 Uganda and Ruanda I 14 days

Explore Uganda and Rwanda on an impressive tour in 14 days. As a highlight you visit the gorillas in Uganda and…
14 days
Individual trip
Mid-range 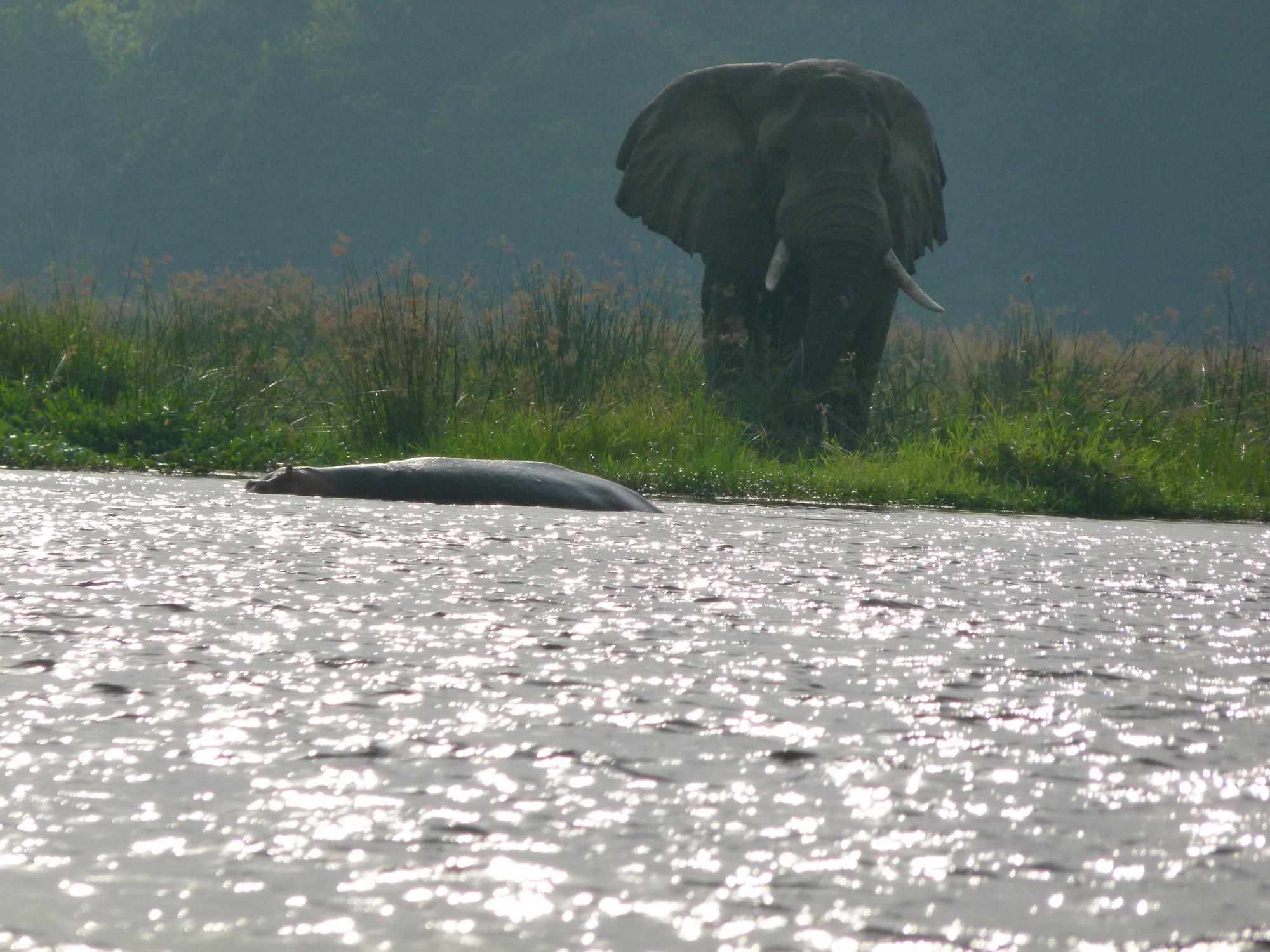 Relaxed tour through Uganda and Rwanda I 19 days 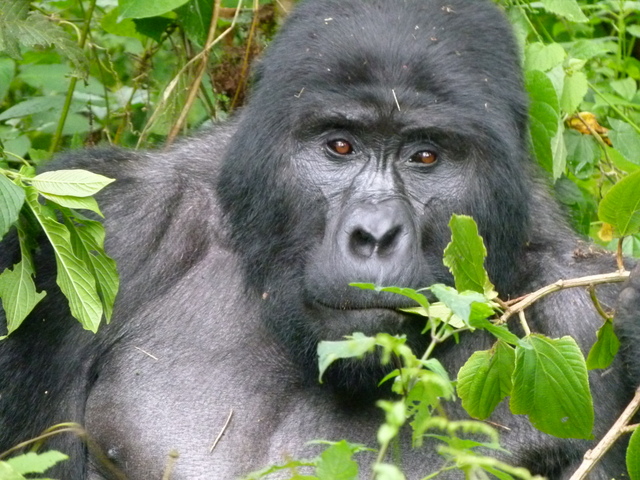 On this express safari you will experience Uganda's gorillas up close.
5 Days / 4 Nights
Individual trip
Budget
All Uganda / Rwanda offers